Cantwell takes over as mayor 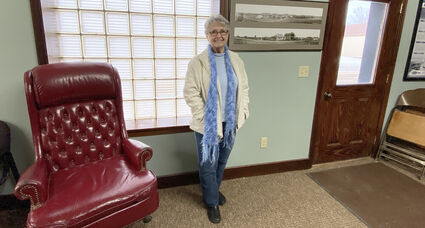 Lennet Coons Cantwell took over as Ekalaka Mayor in January.

Lennet Coons Cantwell presided over her first meeting as mayor of Ekalaka on January 5th. Cantwell ran unopposed for the position and took the reins from Vicki Fix who did not seek reelection in November.

When asked why she decided to run for mayor, Cantwell told the Eagle on Tuesday that, simply stated, she was "talked into it."

"There was some arm twisting and some thought that my background working on highways would be an added plus," she said.

Cantwell was referring to her experience working for the state of Idaho.

"I worked for the state for eighteen years as an engineers assistant a...