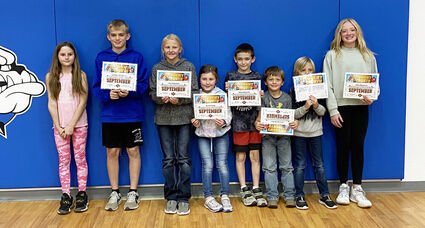 Each month the students will work on a specific character trait, and this month was respect. Kindergarten through sixth-grade teachers each chose a student or students with behaviors revolving around a behavior. The following are the winners for showing respect in and outside the classroom.

The kindergarten BARK recipient was Je...