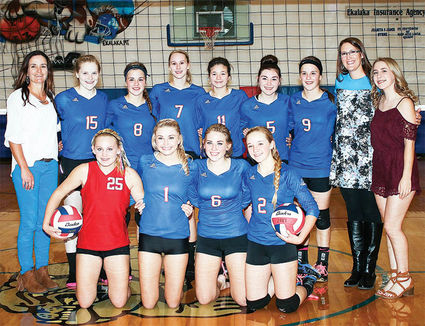 The Carter County Bulldogs lady volleyball team will head to this weekend's district tournament at the number two seed. The girls hadn't lost a conference game to any opponent except for rival Wibaux all season until last Friday in Terry when they slipped against the number four seed (Terry).

On Friday in Terry the girls also played a match against Nashua. That match went rather smoothly, as Blue took all three sets; 25-18, 25-17, and 25-13. Claire Callahan led the team in aces with three of the team's nine. Tori Tooke led in kills with eight, and assists (14), while Kennedy Tooke tallied...