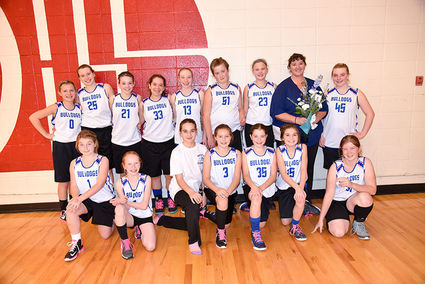 For the past five years, the Ekalaka junior high girls have been in every championship game at the year-end-tournament held in Miles City, winning three of them. This year was no exception.

The first team the girls played in the tournament this year was from Broadus. Ekalaka started off strong and immediately took the lead from Broadus. The Ekalaka girls took the first quarter, 11-6. The girls showed more offensive aggression in the second quarter when they put up another 16 points, leaving Broadus in the dust. The score at halftime was 27-15. Broadus attempted to narrow the deficit in the...