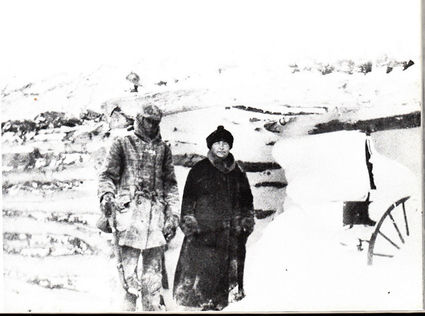 FIGURE 1: Joe & Ada Curry at their Box Elder homestead after the horrific March, 1920 blizzard. Note that Joe has a shovel in his right hand.

THE HOMESTEADER HISTORY OF THE SYKES-BELLTOWER "SURVIVORS"

CURRY: Joe Curry was born in Missouri in 1874 and his father (Robert) died in 1878 from lingering wounds received during the Civil War. An attractive lass named Ada Short caught Joe's eye and they were married in 1899. Joe got tired of working in coal mines for minimal pay at various locations in Missouri. After communicating with their Harrington family friends that had moved to Montana, Joe decided to head west, establish a homestead, and then send for his family....