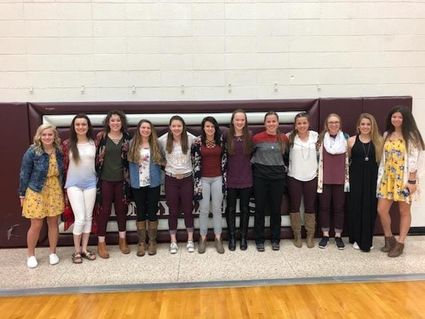 The CCHS Lady Bulldogs took all three of their divisional tournament games to five sets in Sidney last weekend. Against North Country on Thursday, the Dogs won the first two sets 25-18 and 25-17. North Country battled back and took the final three sets 16-25, 14-25 and 12-15. Whitney Kittelmann had 19 of the team's 28 assists and 20 of 73 digs. Heather LaBree had 13 of 37 kills and Hannah LaBree led in aces with 4. Kenzie Tooke added 2 blocks.

The loss sent Blue to the bottom of the bracket where they faced the Scobey Spartans. The teams traded sets as CCHS won sets one, three and five. Sc...