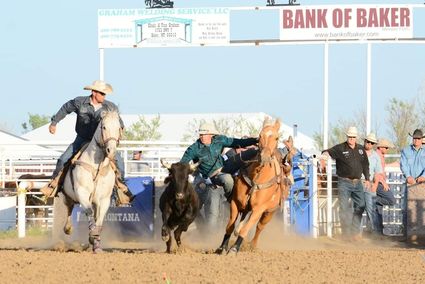 CCHS junior Brennan Graham is competing at the Junior World Finals in steer wrestling next week in Las Vegas.

Brennan Graham is headed to Vegas this Friday to compete in the Junior World Finals (JNFR). The Carter County High School junior finished fifth in steer wrestling in the state of Montana back in June, narrowly missing nationals as the top four from each state get to compete.

To qualify for the JNFR, points Graham scored at a jackpot event the day before the state finals and his points from the finals were used. He currently sits 53 out of 60 contestants across the nation who will be competing in Vegas.

Graham told the Eagle that he knows of two other Montana kids competing at the JNFR whic...