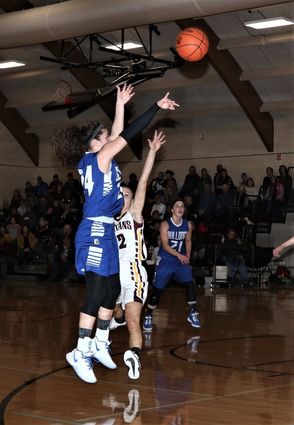 A back and forth game that saw CCHS with a double-digit lead at one point ended with a three-point Bulldog loss last Friday in Baker. CCHS shot a better free throw percentage than Baker (52 percent to 39 percent), and a better percentage on two-point field goals (45 percent to 27 percent).

Overall Blue also out-rebounded the Spartans, 31-29. However, a big reason why Baker won was that they collected 17 offensive rebounds compared to only 7 for the Dogs. Heather LaBree, Hannah LaBree and Ella Owen fouled out of the contest. Hannah LaBree led CCHS in points with 15, while Kenzie Tooke had a...