Will play Bridger on Thursday, March 5 at Southern C Divisional 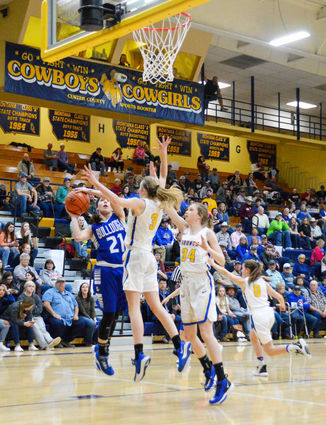 In the first game of the District 4C tourney, the Lady Bulldogs easily defeated the Lady Hawks by 33 points. The girls led 14-2 at the end of the first. Seven Dogs scored; 3 in double figures. CCHS out-rebounded Broadus, 34-23, and had 21 turnovers compared to 41 for the Hawks.

As a team, they shot a dismal 9-21 on free throws, 4-30 from behind the arc and 16-57 on two-pointers. Kenzie Tooke led the scoring with 15 points and Hannah LaBree led in rebounds with 6.