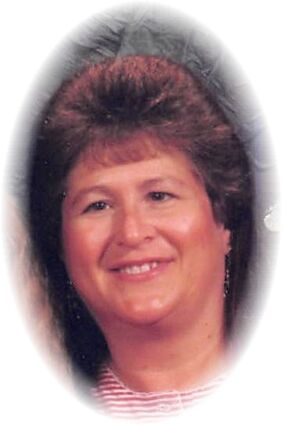 Phoebe Lynn Farnsworth Breidenbach went home to the Lord, her parents, and siblings on September 14, 2021.

Phoebe was born April 16, 1961 in Ekalaka, MT to Leonard and Donna Farnsworth. She was the fifth child to bless their union of marriage.

She had a wonderful life growing up, despite losing two of her siblings. She grew up on a place outside of Ekalaka riding horses, milking cows and being involved with local church ministries. Phoebe attended grade school and high school in Ekalaka graduating in 1980.

Phoebe was blessed with wonderful hardworking parents that, at a young age, encouraged her to love and follow Christ, her one true God. She would always pass the Word of the Lord onto others given the opportunity. The love she had for the Lord gave her compassion, kindness and wisdom.

In 1981, Leonard and Donna and family moved to Miles City where Phoebe made many friends that she grew close to. She was married for a short time and from that unity she had a smart, caring, kind and fun loving daughter, Ambra, who became her everything in life.

In 1993, Phoebe and Ambra moved to Jordan, MT to get help from her parents with her daughter. While in Jordan she worked for the Cenex and made many close friends whom she stayed friends with. After her parents helped establish the Community Bible Church in Jordan she was involved with putting in a fence, helping with Awana's and anything else that needed done around the church.

Phoebe's love of the Lord shined bright through her daughter. She never missed any of Ambra's plays, concerts, or anything Ambra was involved in. From the time Ambra was little and in pre-school, she took in one of her friends like another daughter, Telisha Gramm. The older Ambra and Telisha got, the more prayers she said to keep them safe.

In 2017, Phoebe's health started to decline more rapidly. Phoebe, Lila and Ambra sold the place in Jordan and bought a place in Miles City to be closer to the doctors.

In 2019 she was blessed with a smart little red-headed grandson, Leonard. Phoebe beamed every time she looked at Leonard and you could see the love she had for him. Phoebe and Leonard were best of friends from the very beginning, from the first three hours of his life up until she passed.

She was preceded in death by her parents, a brother Leonard Jr., a sister Darla Farnsworth, a brother Ray Farnsworth and a nephew Marc Stark.

A visitation with family to receive friends was held on September 22 at Stevenson and Sons Funeral Home with a graveside service following at 11 a.m. at the Custer County Cemetery in Miles City. Condolences may be made to the family by visiting http://www.stevensonandsons.com.