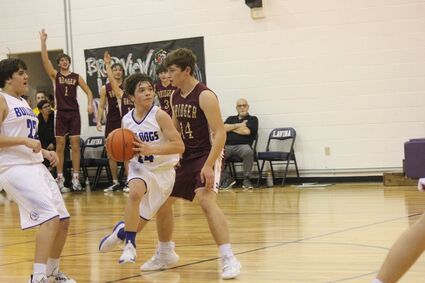 Chace Loehding drives the lane on a Bridger defender.

The Dogs had a rough second half against Bridger on Friday, getting outscored 40-14. Four Scouts finished the game in double figures. Eighth grader Chace Loehding had a team-high 12 points for the Bulldogs. Loehding hit four three-pointers, three of them in the fourth quarter.