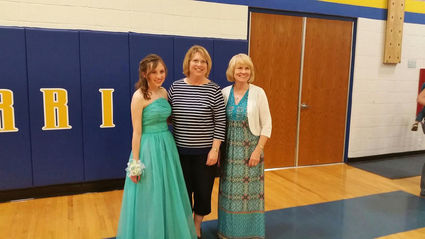 Lexie Selting, her mother, Dixie Selting, and her grandmother, Anna LaBree, at Farview's prom in April.

In 1987 her mother wore the dress to her senior prom at CCHS. In that year, LaBree altered the dress for her daughter. She added a lot of ruffles since Dixie had shown her a picture of a prom dress she liked from a magazine.

"That looks just like my freshman prom dress, all we need to do is add some ruffles," LaBree stated.

It ended up being a little...