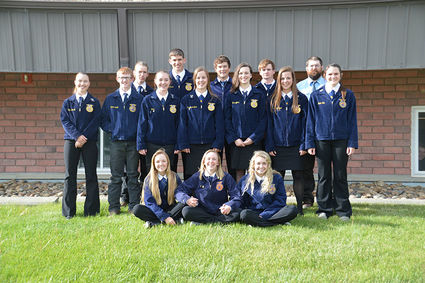 On Tuesday, the Carter County Chapter of the Montana FFA Association gathered to hold their annual banquet in the CCHS Tuggle Room. A delicious meal was served and an installation of new officers was held.

After the meal, a former state FFA officer spoke. Then awards were given and members of the chapter were auctioned off to attendees in the hired hand auction. The members will schedule work for auction buyers at a later date.