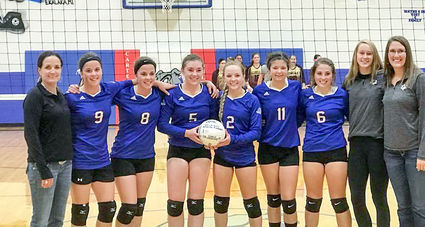 On Friday, October 6, the CCHS Lady Bulldogs traveled to Wibaux to play against the lady Longhorns. The last time the Bulldogs played the Longhorns resulted in their only conference loss of the season.

The first teams to step up and begin the games for the evening were the JV teams. The first set started off strong but Lady Blue just couldn't quite make it. The Longhorns took the first set, 17-25 and the second set, 11-25. Though Blue lost the third set, they didn't let it go without a fight. The score in the third and final set was 13-15. Ella Rucker led the team in kills with four out of...