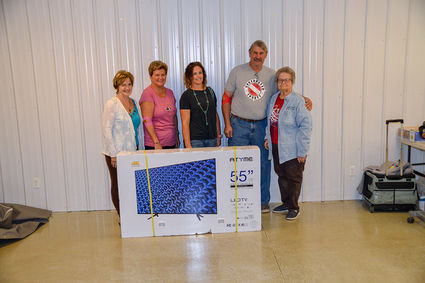 Since 2004, Darlene Carter Rose, coordinator for United Blood Services blood drives in Ekalaka, has seen 2,047 people donate. In total, she has helped to collect 2,568 units of blood in that same time frame.

On Tuesday, she was rewarded for her years of dedication with a 55" television. Carter Rose won the TV through United Blood Service's Save Our Summer, a promotion held this summer for coordinators. She was entered into the drawing for the TV twice, once for reaching her goal set at the last drive, and once for exceeding it.