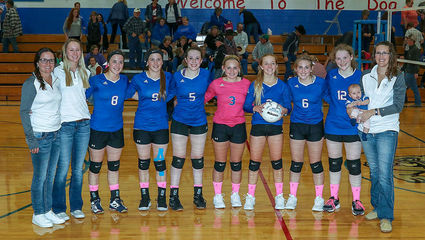 The varsity Bulldogs played their first game at noon against Custer/Hysham. After a close first set, they won the second 25-16. Whitney Kittelmann l...