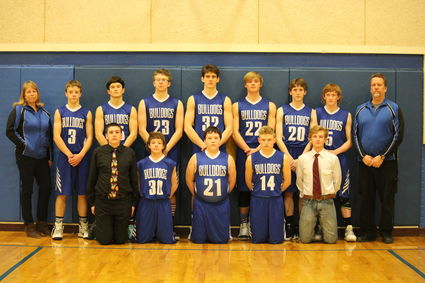 The Bulldog boys got off to a slow start against the Terriers in Terry on Friday. Eventually, they got a 27 point victory. Mick O'Connor led the way with 16 points; Jared Pardee added 14.

Against Custer/Hysham for senior night, Blue took a 17-2 lead at the end of the first quarter and never looked back. They limited mistakes with only...