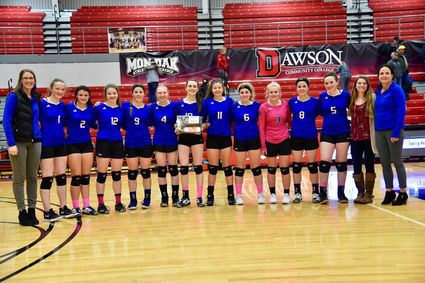 With only six teams in the District 2C Volleyball Tournament held last weekend in Glendive, first place Wibaux and second place CCHS both had first-round byes. In their first match, Ekalaka was pitted against Circle. The Wildcats had won their first round match against Terry earlier on Thursday.