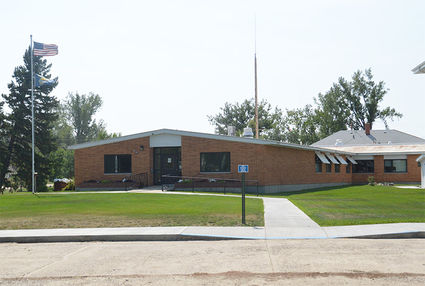 The goal of the funding is to generate new jobs, and keep current jobs in the Montana communities.

Butte-Silver Bow County was given $700,000 of the share to cover the cost of Hotel Finlen's restoration, and is expected to generate thirty-five new jobs. The hotel accommodated former presidents John F. Kennedy and Richard Nixon, among other prominent world leaders after it was erected in 1924.

Six hundred thousand dollars of the grant money was awarded to Dahl Memorial to create four new jobs while maintaining 36 others. The grant will also be used to purchase medical equipment for the new facility.

According to Dahl Memorial CEO Ryan Tooke, the money will be used to purchase thirteen more hospital beds, 3 emergency room beds, clinic equipment and exam tables, a call light system and a chemical lab analyzer. The analyzer will make it possible for most of the labs that are currently sent to Billings to be analyzed in house at Dahl Memorial.

"Projects such as this help promote and strengthen Montana's economy and local businesses' ability to create and retain permanent good-paying jobs for Montanans," the letters stated.

With the healthcare workforce as the state's biggest job sector, Commerce Director Tara Rice says investing in rural and community hospitals is crucial.

"By supporting rural hospitals like Dahl Memorial to improve and grow, we can ensure quality, long-term healthcare for Montanans in their local communities," Rice said in a release.