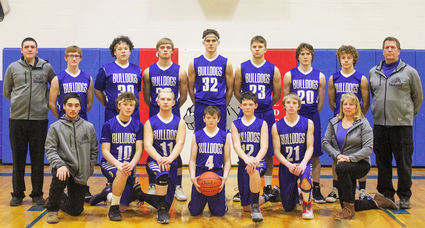 Eight Bulldog players scored on senior night as CCHS defeated Terry by 25 points last Friday in Ekalaka. Turner Tooke hit a pair of threes in the early going that helped spring the Dogs to a 7 point first quarter lead that they increased as the game progressed.

CCHS had 15 turnovers in the contest compared to 19 for the Terriers. As a team, they shot 10-14 (71 percent) on free throws. Three Bulldogs finished the game in double figures, led by Jared Pardee with 16 points, 6 of which were in the final frame.