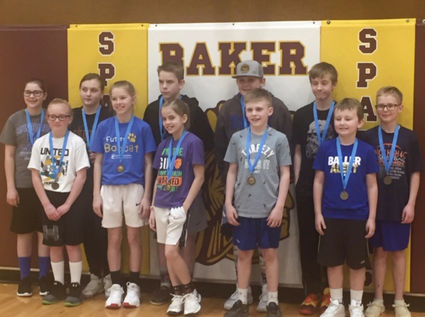 The Annual Knights of Columbus District Free Throw contest was held February 23 at McGonigal Gym in Baker. Contestants shot twenty-five free throws. Scores from the shoot off will be sent on to the Montana State Knights of Columbus Council to be compared to shooters from around the state. State winners will then have their scores compared by the Supreme Knights of Columbus Council to USA and International shooters for more awards. Winners of the state award will be notified later this spring and international winners will be announced this summer. Winners of the district shoot were: