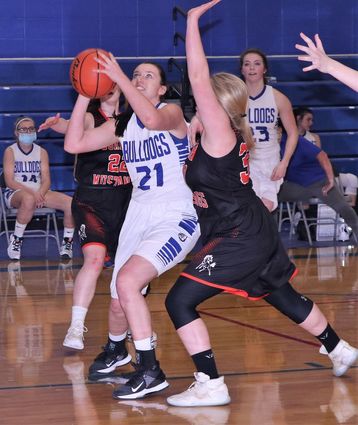 Tyra O'Connor had four rebounds to go along with her six points against Jordan on Saturday.

Nine Lady Bulldogs scored and all eleven players that were suited got in the game at Terry last Thursday. Lady Blue went out to a 24-3 lead at the end of the first quarter and eventually won by 41 points. As a team, the girls had 15 turnovers, 14 assists and an impressive 17 steals. They out-rebounded Terry, 29-18, and shot 73 percent on free throw attempts. Kenzie Tooke led the Dogs with 15 points and 6 rebounds.