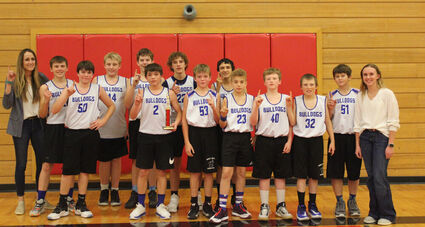 The Ekalaka junior high boys' A basketball team finished the season with a championship trophy at their year-end tournament in Miles City over the weekend. The team went undefeated on the season, defeating Plevna in the championship after winning a nail-biter over Jordan earlier in the tournament.